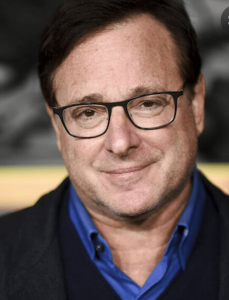 ORLANDO — Most of Generation X remembers Bob Saget from the sitcom Full House. It aired from 1987 to 1995. His character, Danny Tanner, was the mild-mannered, single father of three daughters because his wife was killed in a car accident caused by a drunk driver. Mr. Saget hosted America’s Funniest Home Videos, which ran from 1989 to 1997. He was also known for his vulgar standup comedy, particularly his iconic appearance in the Dave Chappelle movie “Half Baked.”

Sadly, that classic quote will likely be turned into a meme, replacing the word “coke” with “vaccines.”

The Orange County (Florida) Sheriff’s Office tweeted a few hours ago that Mr. Saget was found dead in his room at the Ritz-Carlton Orlando, Grand Lakes Hotel. He was 65 years old. There were no signs of foul play or drug use, according to the Sheriff’s Office. But there are plenty of signs as to the cause of Mr. Saget’s death. 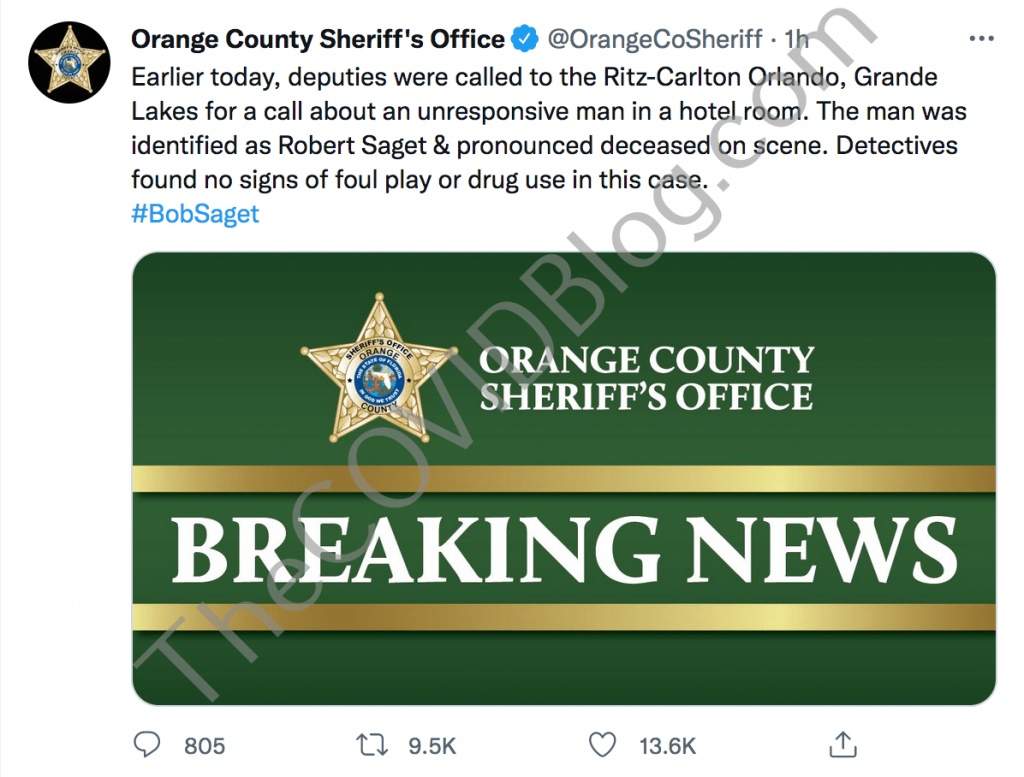 Mr. Saget’s last Facebook post was just 17 hours ago (as of this writing) talking about how he did a two-hour set the night before at Hard Rock Live in Orlando. 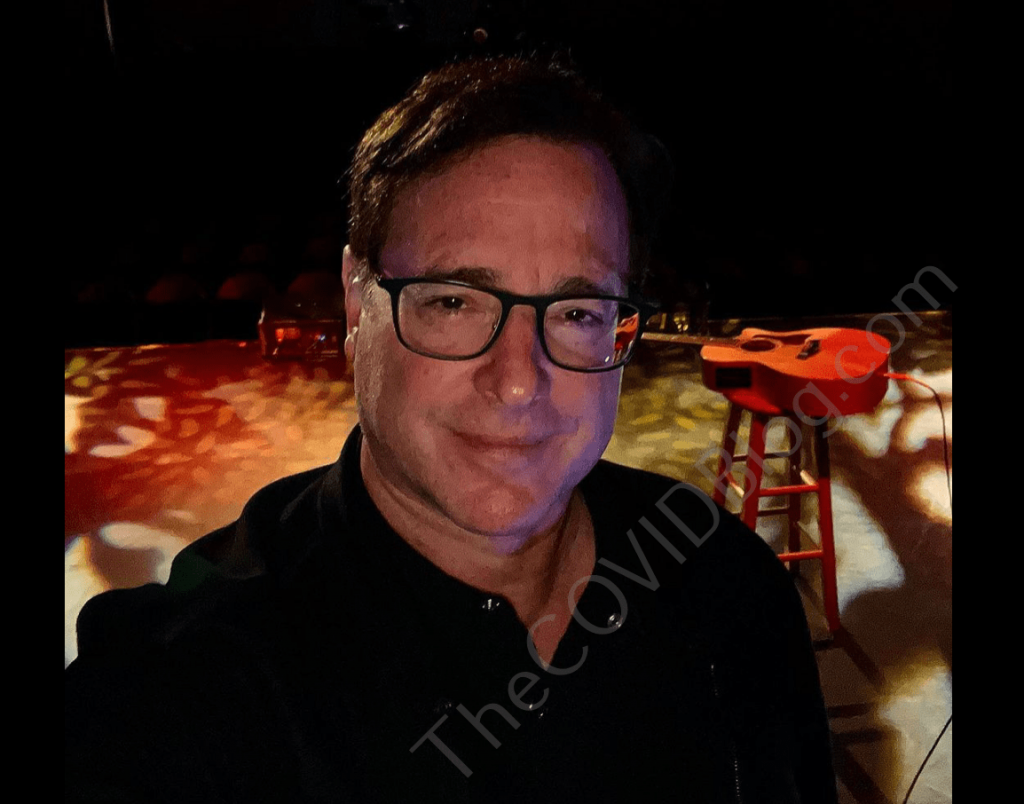 Mr. Saget launched a podcast called “Bob Saget Here For You” in April 2020. He started the podcast because he wanted to connect to his fans after the world shut down when the so-called pandemic commenced in March 2020. He broadcast Episode 125 called “Bob Calls Some People” on December 13. 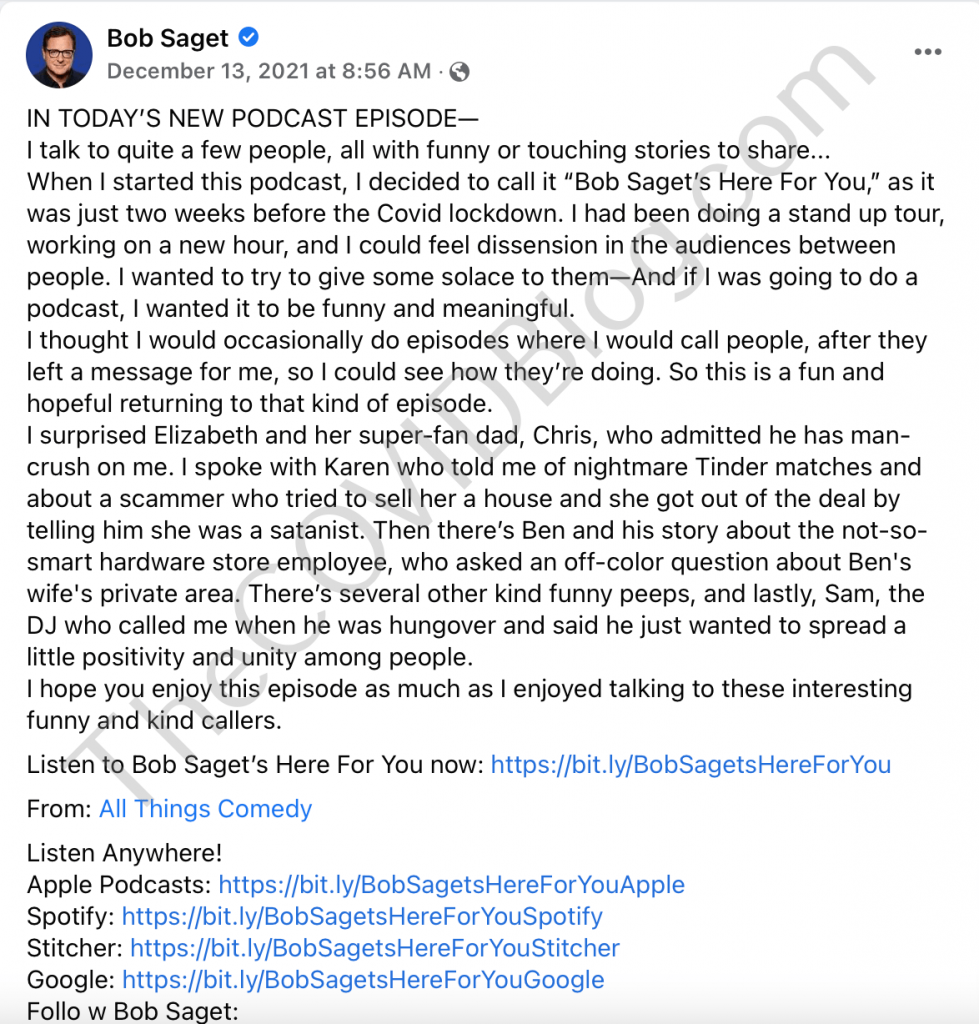 Here is what Mr. Saget said in the episode:

“I went to the pharmacy the other day and got a booster shot. I should have gotten it in my arm, but I got it in my butt.”

Mr. Saget also said, “I try not to preach. I got my booster shot. I got my booster shot the day before yesterday” near the end of the full podcast linked above (around the 1:35:30 mark). Thus he received the injection on December 11, unless the podcast are pre-recorded. Mr. Saget told the same “booster in the butt” joke in a November 28 tweet, so that could also be the date of his booster.

He was also a borderline vaxx zealot throughout 2021. 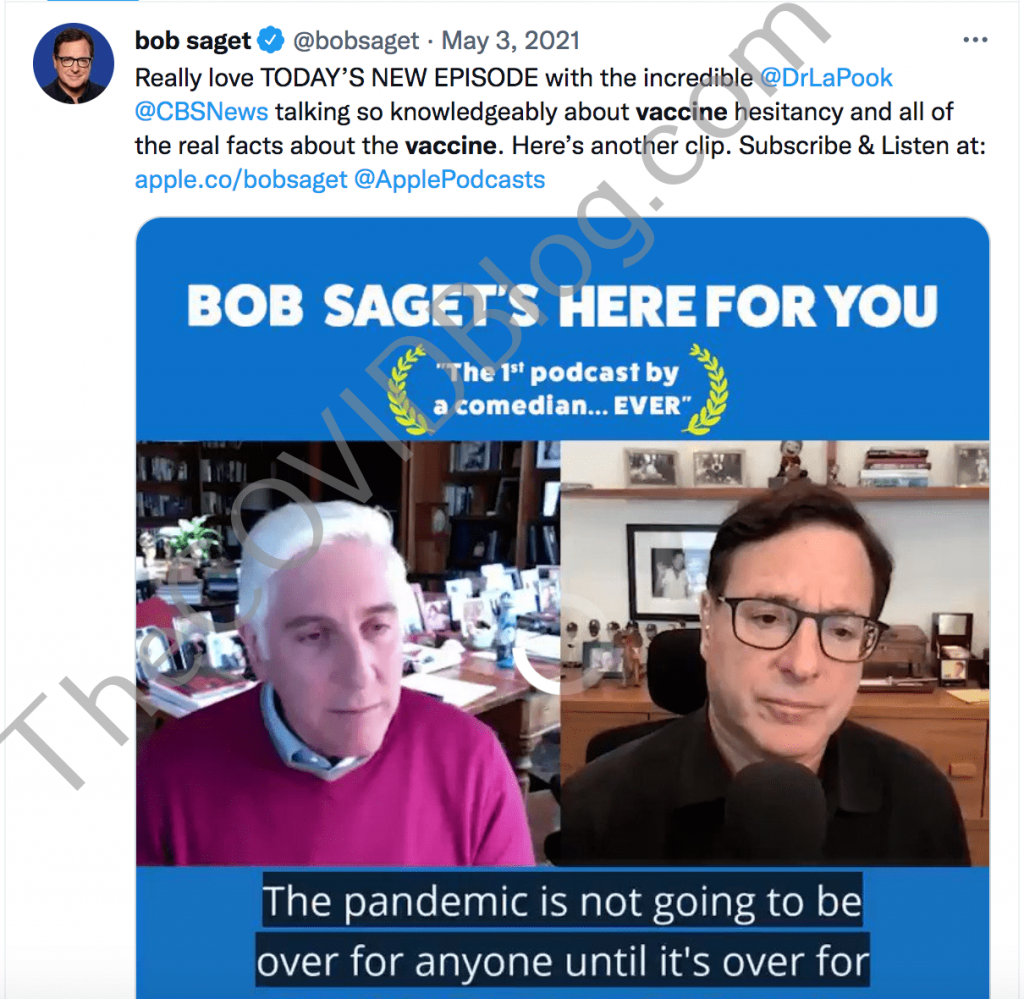 Of course mainstream media will not mention any of the foregoing in their stories. But that is to be expected.

Mr. Saget continued his success in show business after the turn of the millennium. He had a WB sitcom called Raising Dad that lasted one season. Mr. Saget was the voice of Ted Mosby for nine seasons in the CBS sitcom How I Met Your Mother. He reprised the Danny Tanner role in the Netflix series Fuller House, a sequel to the original series, that aired from 2016 to 2020.

Mr. Saget was a board member of the Scleroderma Research Foundation. Scleroderma is an autoimmune disorder that hardens the skin and connective tissues. Gay Saget, Bob’s sister, died of schleroderma in 1993. Mr. Saget would likely appreciate donations to the organization to honor his passing.

John Stamos, Saget’s co-star in Full House, released a statement saying he is “gutted and broken” by the news. Comedian Gilbert Gottfried said he is “still shocked” by the news. Billy Crystal, Norman Lear, Whoopi Goldberg and many other Hollywood types expressed condolence as well.

Those who know this blogger (or just follow his other website) know that he loves 1980s and early 1990s television, movies and music. As Generation X ages, the people we grew up watching are dying. Granted millions are dying unexpectedly now, of all generations, due to COVID “vaccine” dystopia. But it’s sad that Mr. Bob Saget went out like this; and that he had to be a story on this blog. Respect for his work notwithstanding, Mr. Saget did in fact push this dystopian agenda. Unfortunately, as a journalist, that’s how the story must be told.

Stay vigilant and protect your friends and loved ones.

PrevPreviousANALYSIS: Russia is winning, America is self-destructing… prepare for EXTREME POVERTY as 50-year economic fairy tale implodes
NextDavid Avocado Wolfe Not Mixing His Words at All. Fauci Is a Homicidal Maniac and Must Be Brought to JusticeNext