Former Western Bulldogs midfielder Paul Dimattina has been placed into intensive care after suffering a suspected adverse reaction to a Covid booster shot.

Dimattina, who has been receiving chemotherapy in his battle with myasthenia gravis, has reportedly been in hospital for a number of days.

Sport’s greatest rivalry is just around the corner and you can catch the Ashes live and ad-break free during play. New to Kayo? Start your free trial today >

According to The Herald Sun, the 47-year-old reacted badly to his Pfizer booster jab and then contracted Covid.

There is the possibility that Dimattina’s pre-existing health conditions contributed to his reaction to the booster shot, as myasthenia gravis causes muscle weakness and has an effect on the nervous system.

However, it remains unclear exactly what the decisive factor — the Pfizer booster, the treatment for myasthenia gravis, Covid or an undisclosed condition — was that led Dimattina to be placed into intensive care.

“I didn’t have any symptoms then bang,” Dimattina told The Herald Sun from his hospital bed.

“I had a reaction to the booster jab but I’ve also now got Covid.

“I’m fighting with everything I got to get better.” Dimattina owns Lamaro’s Hotel and at one point was losing $28,000 a week on the venue during the pandemic.

The midfielder enjoyed an eight-year career with the Bulldogs, making 131 appearances for the Victorian club.

Dimattina also owns Lamaro’s Hotel in South Melbourne and has often been an outspoken critic of the Victorian government’s response to the pandemic, claiming it as “financial armageddon for businesses” in the city.

At one point, Dimattina was reportedly losing $28,000 a week.

The stressful combination of keeping his business afloat as well as dealing with his family life saw Dimattina’s nervous system struggle to keep up, putting the 47-year-old in hospital with a condition that impacted the nerves in his face, his speech and worryingly his ability to breathe.

The Herald Sun’s report also claims Dimattina is pondering a crack at a political career.

The 47-year-old was tapped on the shoulder by the Liberal Party in July in regards to the possibility of standing as a candidate in the 2022 state election.

However, Dimattina opted to assist in forming a new political group, the Victorians Party, as they look to oust Labor and the Liberal Party. 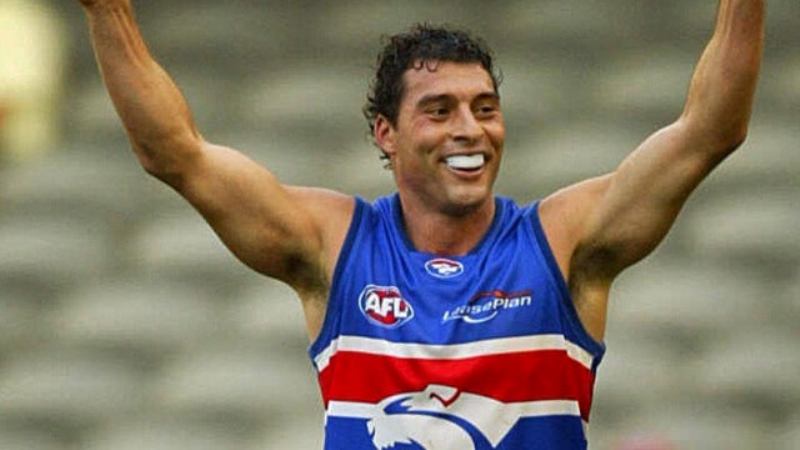