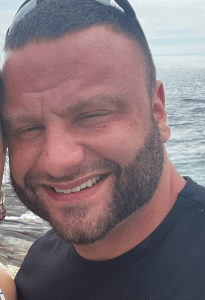 ROCHESTER, NEW YORK — A 28-year-old bodybuilder and FedEx driver is dead despite knowing the risks and seeing through the propaganda surrounding the injections and the medical industry at-large.

Mr. Jake Kazmarek would likely be classified as an “anti-vaxxer” by Fauci disciples. He insinuated in one post that big pharma is profiting off the so-called pandemic, without regard to public health. 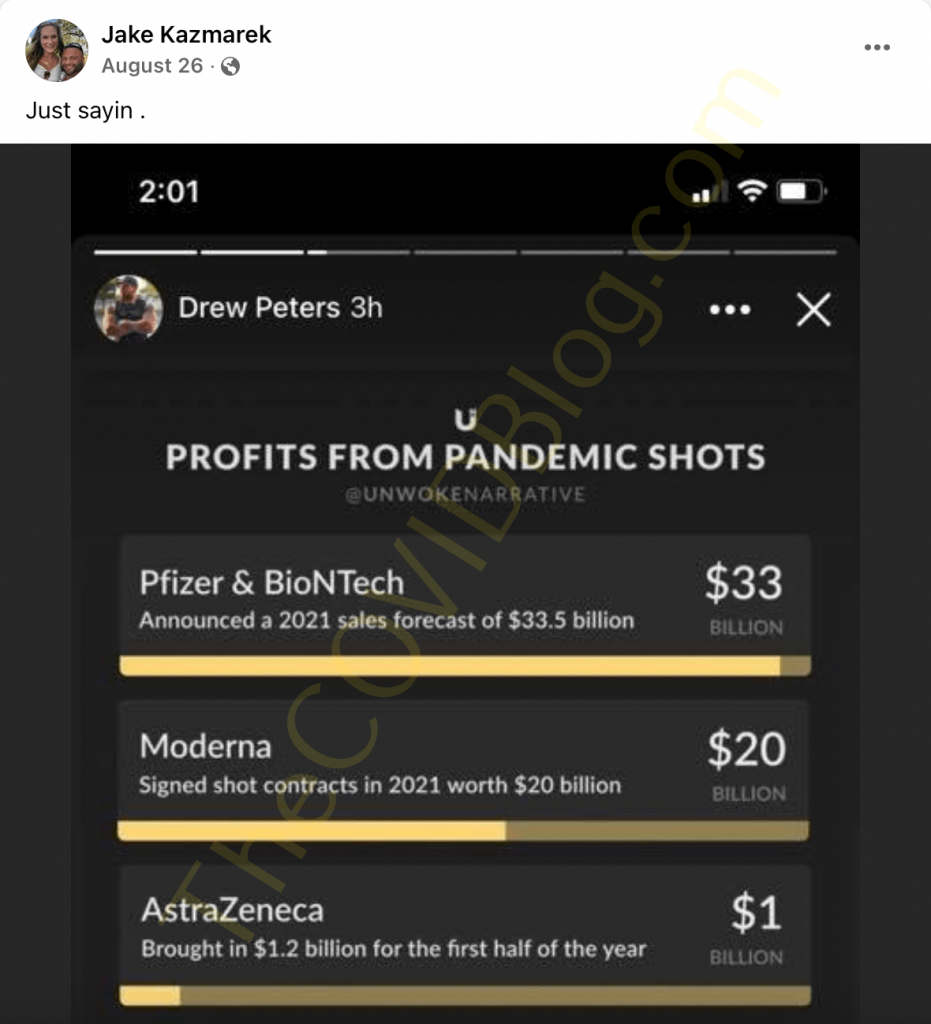 He also recently posted about the obvious hustle known as American medicine. 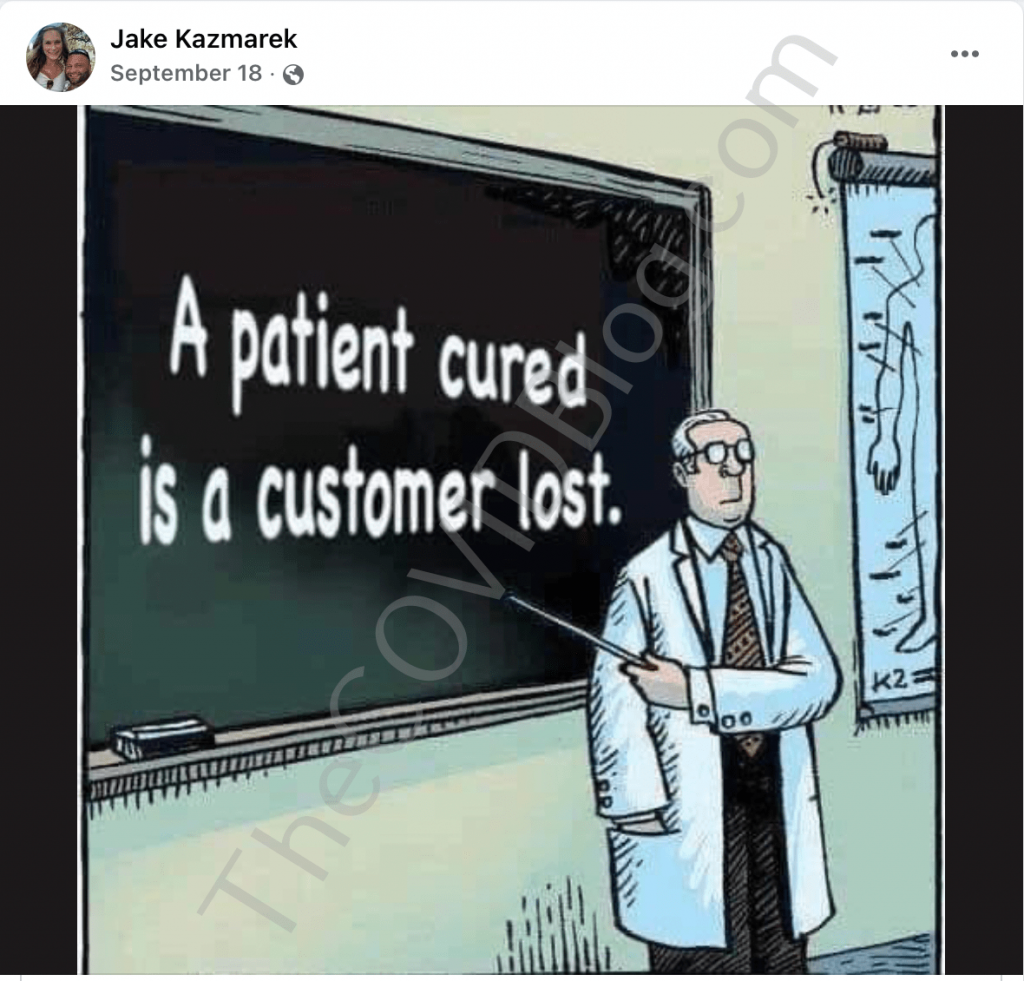 Despite Mr. Kazmarek being fully aware of what’s happening, he succumbed to the pressure and the fallacious “vaccines equal freedom” narrative. Mr. Kazmarek received his first Moderna mRNA injection on August 31, according to a now-deleted Facebook post. He suffered no apparent adverse effects. But Mr. Kazmarek also did not comment publicly about his first injection.

He received his second Moderna mRNA injection on September 28. Mr. Kazmarek posted a photo of his “vaccine card” that day. He captioned the post saying “it is what it is” and suggested he only got the shots for his freedom. Mr. Kazmarek also asked a rhetorical question that he answered himself. “Does it make me a sheep? No,” he wrote. 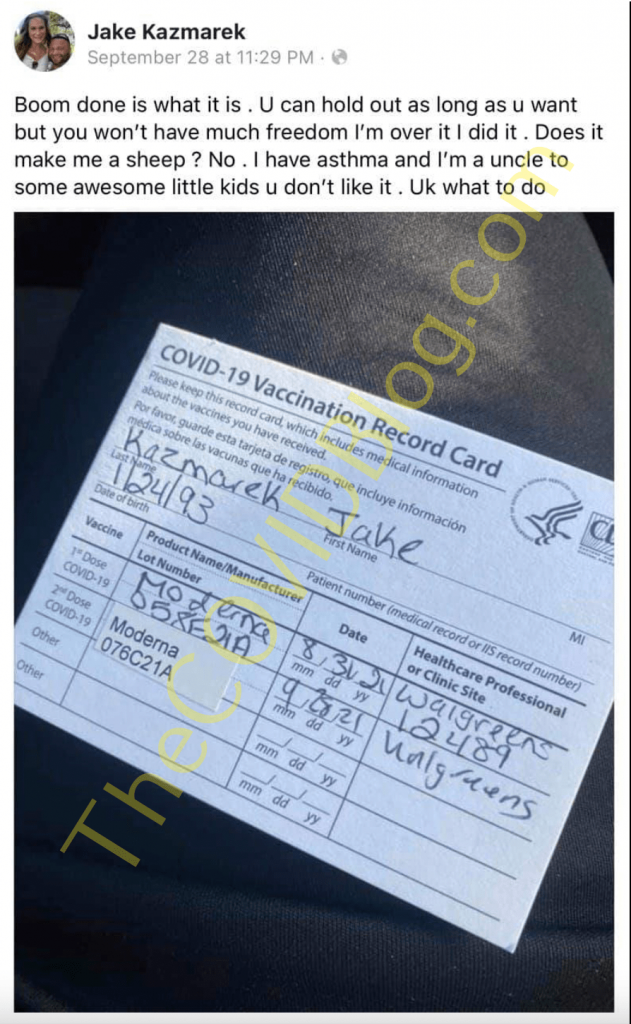 Several individuals commented on Mr. Kazmarek’s post featuring his vaxx card. One woman said she recently got her Pfizer “booster” shot and suffered no adverse effects. Mr. Kazmarek not only made clear that he’s not a fan of boosters, but also was “not feeling good at all” one day after the second Moderna injection. 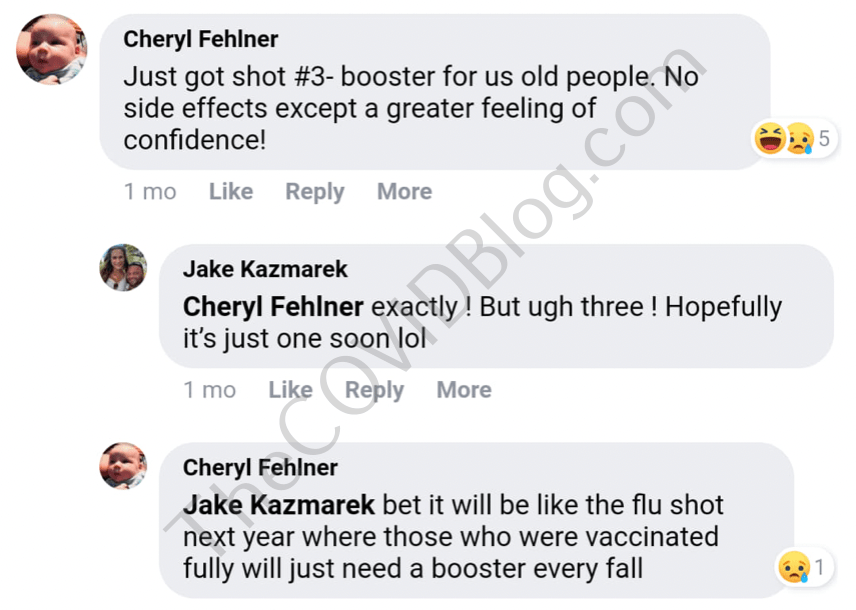 Two days after the second shot, on September 30, Mr. Kazmarek posted a link to a McGill University (Montreal) article entitled “I Felt Sick After Getting a Vaccine. Why?”

Mr. Kazmarek passed away on October 2. His widow, Cecelia, who was also his weightlifting partner, is having a difficult time dealing with the situation. The couple just celebrated their third wedding anniversary on August 18. 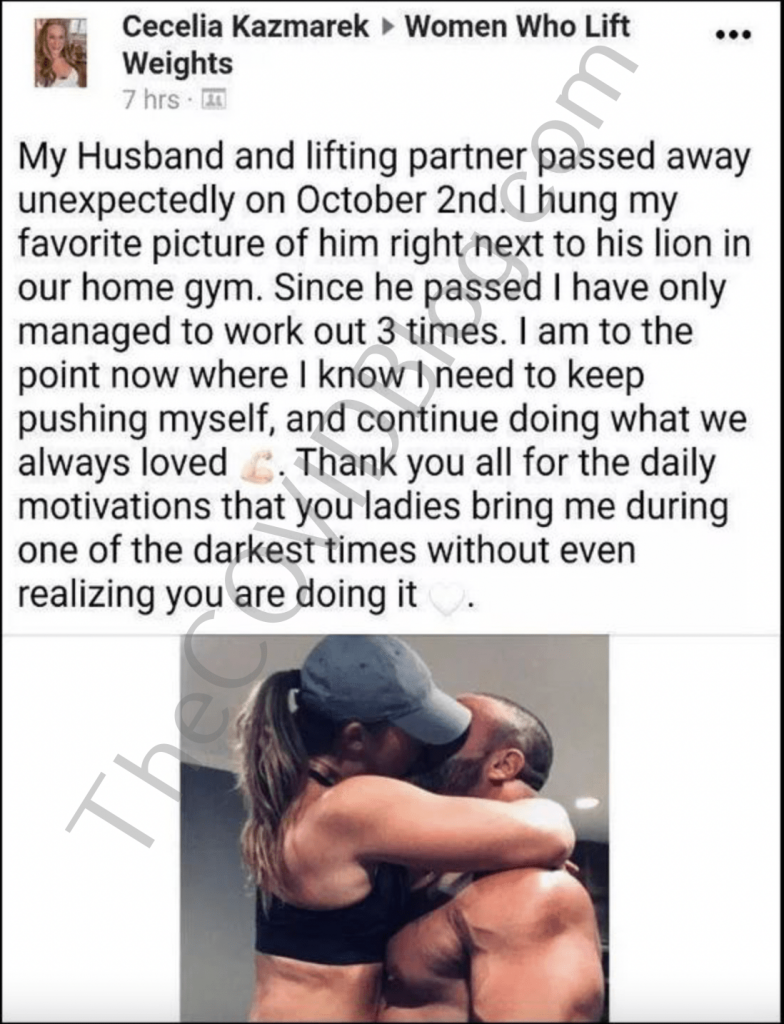 Mr. Kazmarek is also survived by his mother, father and two siblings.