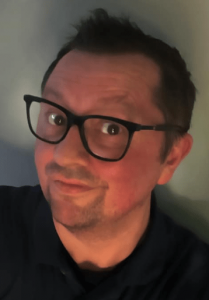 READING, ENGLAND — A 51-year-old swimming coach is dead, after mocking the non-vaccinated with regurgitated, tired aspersions.

He also worked for 10 years at Virgin Atlantic airlines between his coaching jobs.

A whole lot of virtue signaling

Mr. Mallinson was a COVID fanatic. He played along with every narrative, and peppered his social media profiles with free advertising for the pharmaceutical industry. He was one of the early cheerleaders for the Novavax insect virus vector injection. 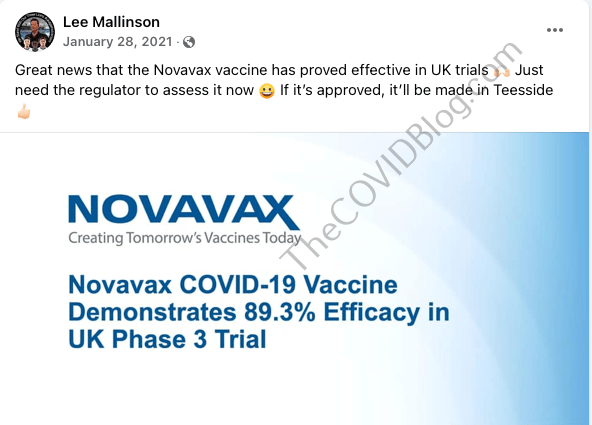 Mr. Mallinson wanted his mother to receive Novavax. But he still celebrated her receiving a Pfizer mRNA injection on February 26, 2021 since Novavax was unavailable. 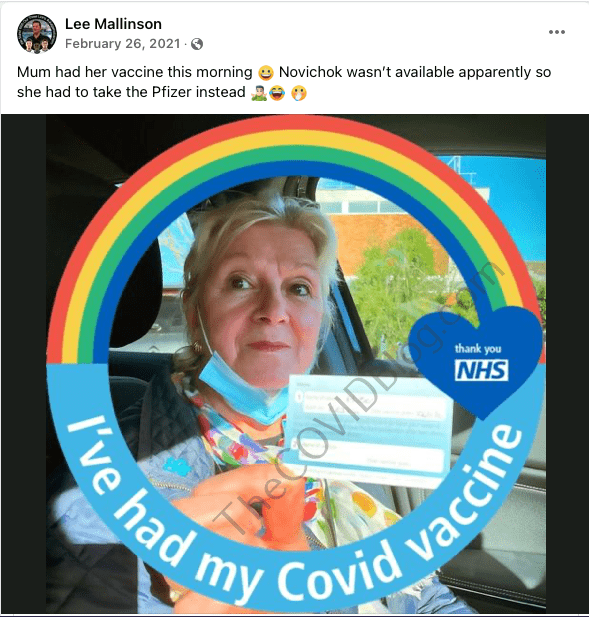 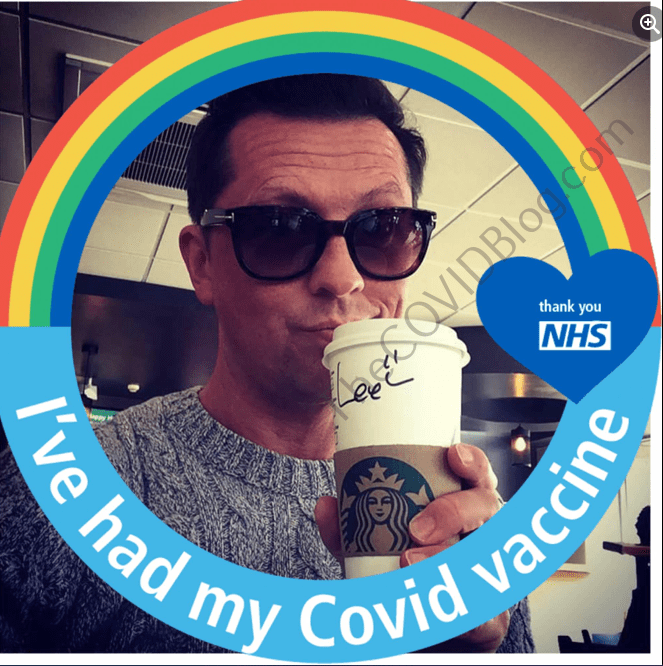 A week later, he advocated for the U.K. government and the E.U. to close borders and coerce the people into injections.

Mr. Mallinson received his second AstraZeneca injection on May 23, 2021. 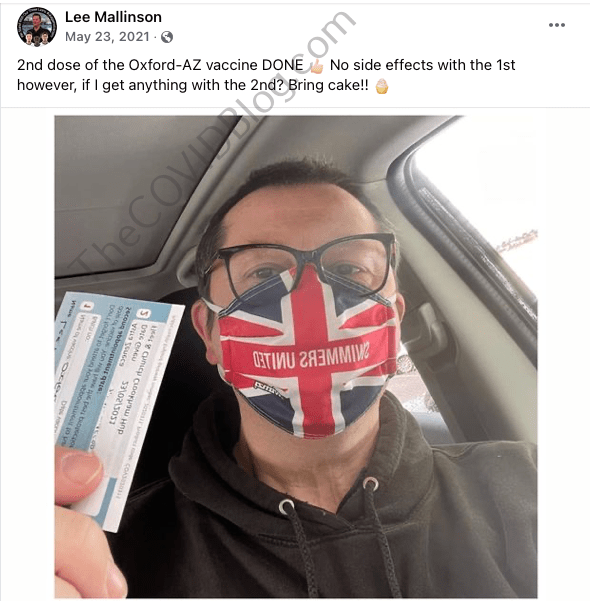 For the next two months, he posted frequently about “COVID bingo” and “eyes down” related to all the so-called variants. It’s unclear what the punchline means for these jokes.

He apparently lost a significant amount of weight in 2021; and talked about how he paid close attention to his health all year.

Mr. Mallinson received the shot on November 23, and said he was “waiting for the internet signal to get stronger.” He also said “no pain yet” when a friend responded to the joke.

One of his final Facebook posts in 2021 came on December 12. It simply said #GetBoostedNow.

Mr. Mallinson’s final Facebook post came on March 17. It is a short drowning prevention video, promoting swimming lessons for young kids. Both his Twitter and Instagram profiles are locked, so it’s unclear if he posted anything after March 17 on those platforms. The official Reading Swimming Club Twitter account announced “the sudden and unexpected passing” of Mr. Mallinson on March 26. 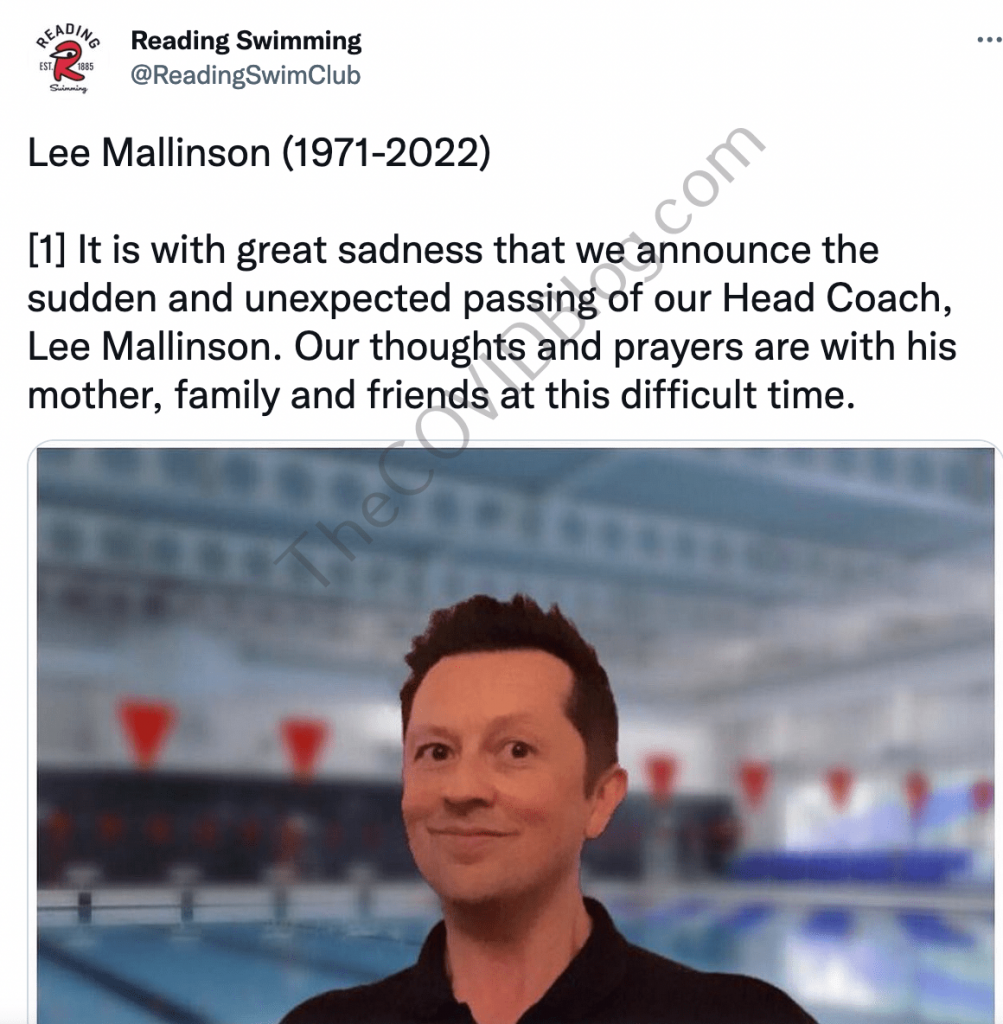 A close friend of Mr. Mallinson also announced the death. 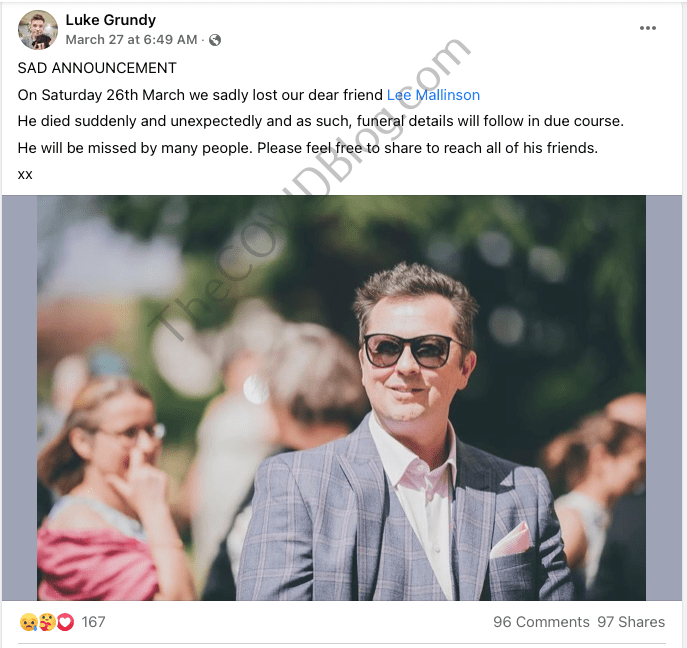 The only media report, from an outlet that solely covers swimming, said that his cause of death is unknown.

PrevPreviousAbsolutely Horrific Stats of Vaxxine Injuries in Babies and Children Under the Age of 17
NextDr. Naomi Wolf: [Pfizer] Hid, They Concealed, They Redacted From Disclosure, Forced by Court, the Fact That They Were Processing So Many Adverse Events in the First Three Months… That They Had To Hire 2,400 New EmployeesNext