Wormhole’s parent company has stepped in to prevent chaos across the Solana DeFi landscape.

After one of the most devastating exploits in crypto history, the parent company for a popular cross-blockchain bridge has reportedly stepped in to backstop funds – a move that may have prevented widespread damage in the Solana decentralized finance (DeFi) ecosystem.

On Wednesday night, the Wormhole bridge suffered an exploit to its Solana-Ethereum bridge, with an attacker fraudulently minting 120,000 ether (ETH) worth over $320 million. The attacker moved the majority of the funds to the Ethereum main chain, while keeping 40,000 wrapped ETH on Solana and trading portions of that ether for other assets.

On Thursday, three people familiar with the matter confirmed to CoinDesk that Jump Trading is responsible for replenishing the lost ETH. After publication of this article, Jump confirmed the move in a tweet:

The unbacked ETH briefly appeared as if it might lead to chaos across popular Solana platforms. Blockchain bridges often work by locking an asset into a smart contract and issuing a parallel, “wrapped” asset on another chain. Because the exploit minted wrapped ETH, it left Wormhole’s real ETH reserves unbacked.

Step Finance co-founder George Harrap told CoinDesk on Wednesday that a number of Solana-based protocols that accept ETH as collateral could become insolvent due to the exploit.

“If nobody backs it and the coins are truly gone then Wormhole ETH is worth [zero] and everyone who has a balance of it becomes worthless, DeFi protocols, users, everyone,” he said.

However, Harrap said that he expected Jump Trading, a large crypto venture capital and trading firm that purchased Wormhole developer Certus One in August, to step in to back the lost ETH.

In a tweet this morning, Wormhole confirmed that funds had been restored and that the bridge’s operations had resumed after the attack vector had been patched:

The backstop from Jump was well-known in Solana DeFi circles, where Jump is an active investor and trader.

“Daddy Jump has a lot of money,” wrote Mango Markets’ Daffy Durairaj in the project’s Discord.

The Wormhole team said that a disclosure report is forthcoming. CoinDesk has reached out to Certus One for comment. 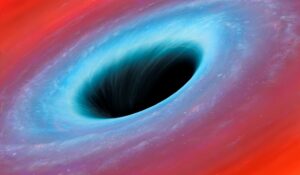 PrevPreviousCaitlin Gotze: 23-Year-Old, Died While At Work After Employer Mandated C0VID Vaxxine
NextTucker Carlson: You’re Not Allowed To Use Government Power To Shut Down People Who Criticize YouNext