Stew Peters discusses the radiation weapons used against the innocent Canberra protesters.
I, and many others, are still harbouring burnt and blistered lips, and headaches from the LRAD Sonic machine, and whatever else was used to fry half a million innocent people at Canberra over a week ago. My face was burnt red that night – yet I was mostly in shade, on the stage for only 90 mins – at least 700-900 metres from the device. Many others have suffered way worse, especially those closer to the back. Dave Oneeg, the MC had been extremely sick for a week. Does this means the Australian Government has declared war on us innocent civilians, and gave no warning?. This won’t go unnoticed, or forgotten by those who are still vomiting, and suffering throbbing migraines, and burnt lips, 10 times worse then normal sunburn.

For those confused about why so many went to Canberra to protest – the very fact our Governments have effectively declared war against us, backed by mainstream media, should make it very obvious as to why – not to mention they have shot the majority of Australians twice, killed and injured many ( over 100,000 compensation claims already ) and now planning to shoot up to 5 shots into niave Australians arms, trusting their Government, as they murder 5 year olds, as they weren’t happy killing granny.
But I haven’t heard any shots fired in this so-called war, some might say.
Just because the shots are silent, doesn’t mean they aren’t deadly – most won’t survive past 2 let alone 3,4 or 5
Share your stories as many have contacted us already. www.anrnews.com 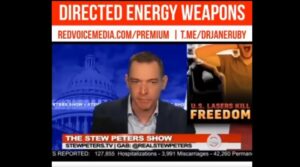 Gee Gee Wain
Physical abuse was used relentlessly and police open fired on the people on more than one occasion during the Melbourne rallies. What makes any person even think that these foreign corporations would hold back on using far greater powerful weapons on the public again?

Phil Poole
I camped at Epic Wed 9/Fwb until Sunday 13/2.
I wore a hat and sat in the shade most of the time.
I left Canberra and went to Adaminaby and 3 mile dam on Wed 16th Returned to Canberra for Sat 19th.
I noticed a red rash on the front of my legs and severe what I thought was sunburn on my face and toes.
The redness and pain in my toes was only alleviated by sitting with them in the lake.
I applied some pawPaw cream which alleviated it a little.
I only figured it out when I met some people on the way back to Canberra on 18/2
Its now Sunday 20/2. My face feels sunburnt and I can’t wear shoes.

I still have a slight rash on my legs But I didn’t take any photos at the time because I walked through some long grass and thought it was a reaction to grass seeds. I have photos of my feet and legs a week and a half later
I am not game to go outside at the moment.