Chipped and Tagged by the Vaxx. Best Examples of This I Have Seen in a While

Chipped and Tagged by the Vaxx. Best Examples of This I Have Seen in a While

It certainly seems like they are chipping people with the nano tech in the vaccines. Then they put you in the cloud and track you and jack with you. Maybe they will just turn off the chip?

Gearbox69
Yea .. It peoples phones that are giving off signal.

mashroob
To be fair, a good number of these Bluetooth MAC addresses appear to be associated with either smartphones or accessories FOR smartphones (Bluetooth headphones, earbuds and watches)… but others are definitely anomalous that I can’t find refernces for. There was one that said it was a for a type of medical monitoring device, though. That one worried me… but it could also be something like a Life Alert™ button, pacemaker with Bluetooth feature, or even a blood sugar monitor for that person’s phone. So, who knows? Then again, it’s from what LOOKS LIKE either China or Hong Kong, so..

buzzbattery
I am thinking this might be a trap set for the Useful idiot by the Clowns In America as a dis-information campaign to dis approved the whole concept anything bad are in the vaccines.

Joshua.PCRBC
It was filmed in Japan. People in Japan are using iPhone, so most the entries of the nearby chip checked devices are Apple Inc …

connecting_dots
Someone needs to go to an Amish community and see what happens. We know they don’t get vaccinated.

Dert Jones
In China everyone is required to have a cell phone . Most likely for this reason .social credit score along with facial recognition. Could be the shot but does not really prove it fom this video

BobbyDazzler7
Peoples phones and smartwatchs give off bluetooth mac addresses, how do you know it’s not from that?

SimonTigey
Great video. i turned my bluetooth on at the supermarket the other day, as people came and went i could see their mac addresses come and go!!

Zinna
I wish the was narration, I don’t know what the person is doing on the phone, which settings are being used or what is being being scanned. 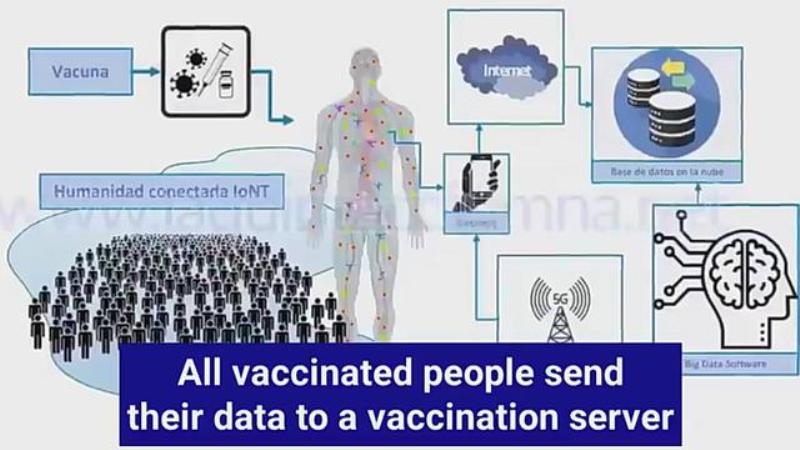