“The Covid-Jab will make Thalidomide look like a joke.” The preponderance of evidence that has come to light now proves, without a shadow of a doubt, that governments the world over are committing genocide against their own people.

This Canadian FOIA request of Pfizer’s own documents prove that the Covid-Jab is a bioweapon that has no medical benefit whatsoever. The only conclusion that can be made, in light of this bombshell information, is that governments are intentionally and knowingly committing Crimes Against Humanity against their own people.

Pfizer’s documents prove that the intent of the Covid-Jab is to maim and kill, and that this is no longer speculation, but proven established fact. 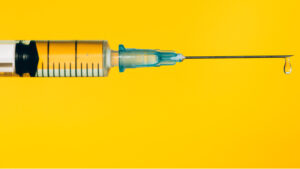 HenryJP5
So, arrest and convict, execute and bury.

McWayne
Bury? That takes far too much energy. Buzzards got to eat too.

JamesAlanThomas
I have written TWO letters to The American Board of Obstetrics & Gynecology (ABOG) December 10, 2021 and January 12, 2022 outlining the exact same issues to them. I am board Certified ObGyn and Maternal Fetal Medicine and have done obstetrics for over 42 years. I am extensively published. This is a crime. The REAL criminals are ABOG because they have threatened their 22,000 plus constituents to force Experimental therapy in pregnancy or they will destroy our careers. James A Thorp MD

sessinpo
IF you don’t understand, let me be clear. Governments around the world, incluing the US need to brought down. The politicians need to be put on trial for murder. Your government is the enemy.

BobbyL57
I knew it was depopulation from the beginning.

ChristinaWester
they redact the denominator to keep us arguing over numbers.
It’s maimed FAR too many people.
By ALL systems of reporting.
It’s time to give it up.

We need to stop injecting this into children AT LEAST.
Let the adults sort themselves out. I’ve given up on them.

It’s the children we need to be preserving.
There are many, many reports of miscarriage, stillbirth and young men dying from heart disease.

hallieglaze
we are living in Invasion of the Body Snatchers now!

LocutusOfBorg
Even Dr. Robert Malone, who at one time said we must vax people, now says that children who take the vax will be damaged and their lives shortened.