Each of these new vaccines are so-called recombinant viruses

Scientists are currently developing “self-spreading vaccines” aimed at infecting others from vaccinated to unvaccinated populations, according to National Geographic.

The “controversial” research by several groups of scientists are developing these “contagious” vaccines for Ebola, bovine tuberculosis, and Lassa fever in animals with the hopes these diseases will be less transmissible from animals to humans.

The vaccine would essentially be a genetically recombinant virus that infects anybody within a close enough proximity to the inoculated individual, so that one person could potentially spread the vaccine to many other unsuspecting people. 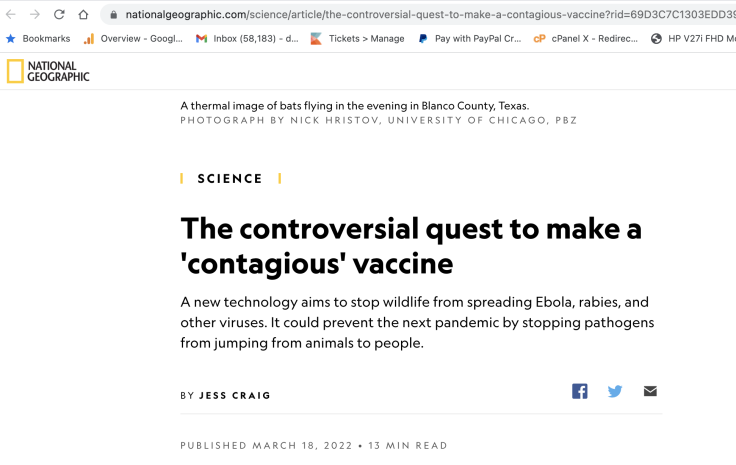 Imagine a cure that’s as contagious as the disease it fights—a vaccine that could replicate in a host’s body and spread to others nearby, quickly and easily protecting a whole population from microbial attacks. That’s the goal of several teams around the world who are reviving controversial research to develop self-spreading vaccines.

Researchers are currently developing self-spreading vaccines for Ebola, bovine tuberculosis, and Lassa fever, a viral disease spread by rats that causes upward of 300,000 infections annually in parts of West Africa. The approach could be expanded to target other zoonotic diseases, including rabies, West Nile virus, Lyme disease, and the plague.

Advocates for self-spreading vaccines say they could revolutionize public health by disrupting infectious disease spread among animals before a zoonotic spillover could occur—potentially preventing the next pandemic.

This emerging vaccine technology uses a cytomegalovirus (CMV), a group that belongs to the herpes family, which stays in the body for life and is species-specific.

The ethical implications of inoculating people without their expressed consent let alone knowledge is deeply troubling, and for that reason, field or laboratory studies of these vaccines have been extremely limited, with only one field test conducted in 1999 on rabbits:

…the research team captured 147 rabbits, placed microchips in their necks, administered the vaccine to about half of them, and released them all back into the wild. For the next 32 days, the vaccinated and unvaccinated rabbits lived as they normally did. When researchers recaptured micro-chipped rabbits that had not been vaccinated originally, they found that 56 percent of them had antibodies to both viruses, indicating that the vaccine had successfully spread from vaccinated to unvaccinated animals.

“Once you set something engineered and self-transmissible out into nature, you don’t know what happens to it and where it will go,” warned Jonas Sandbrink, a biosecurity researcher at the University of Oxford’s Future of Humanity Institute.

“Even if you just start by setting it out into animal populations, part of the genetic elements might find their way back into humans.”

However, interest in the technology resurfaced in 2016, and new experiments are set to begin on the Lassa virus vaccine within the next year, but because of the “extremely high-risk and international nature of this work” and the “potentially irreversible” consequences, this experimental research faces numerous ethical and legal hurdles.

“We can’t even get people to take a vaccine in a global pandemic. The idea that you would be able to surreptitiously vaccinate the population with a virus without causing riots is just, you know, it’s stuff of fantasy. It will never be used in humans,” according to Alec Redwood, a principal research fellow at the University of Western Australia.

Nevertheless, Redwood insists that this dangerous technology should still be developed just in case it ever needs to be used on humans “if we need it.”

“You don’t need to be a Rhodes scholar to work out that people will be nervous about a disseminating viral vector. It’s a concept that will scare people,” Redwood said.

“The way that I like to think about it is that it may never be used, but it’s better to have something in the cupboard that can be used and is mature if we need it. And to say, ‘Let’s just not do this research because it’s too dangerous,’ to me, that makes no sense at all,” he added. 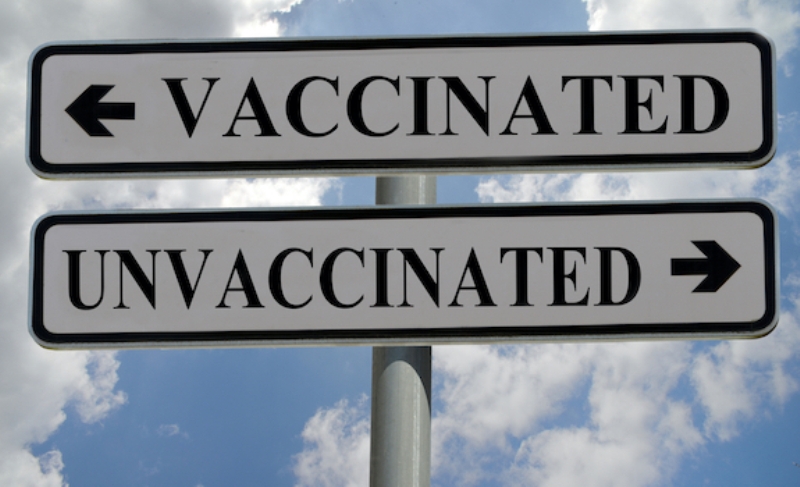 PrevPreviousRevealed: George Soros, Clinton and Obama Staffers and European Governments Are Behind Anti-Musk Campaign To Force Big Corporations To Boycott Twitter – After Elon Demanded To Know ‘Who Funds These Organizations?’
NextSome May Have To Pay To Use Twitter – MuskNext