Putting the peace terms up for a popular vote in Ukraine will harm the negotiations, Russia has said.

Russia has said that a proposal from Ukrainian President Volodymyr Zelensky to put the terms of a possible peace deal up for a referendum will only hurt ongoing talks, aimed at ending the conflict between the two countries. Moscow launched a military attack on its neighbor late last month.

“We’re convinced that putting [the terms] before the public at this moment can only undermine the negotiations that are already going a lot slower and are less substantial than we want them to be,” Kremlin spokesman Dmitry Peskov said on Tuesday.

Zelensky has suggested that peace terms of “historical” importance may be the subject of a referendum. “The people will have to respond to certain … compromises,” he told reporters on Monday, adding that the details were still dependent on talks with Moscow.

The Ukrainian leader has previously proposed various plebiscites that have never come to fruition.

The Russian and Ukrainian delegations held several rounds of talks in Belarus, in person, before eventually switching to discussions via video link, in a bid to speed up the process.

Zelensky reiterated that Kiev was seeking security guarantees from Russia and the West. Moscow, meanwhile, said that it wanted Ukraine to officially become a neutral country, renouncing its bid to join NATO, a US-led military bloc that Russia views as a threat.

Moscow further said it wanted the “demilitarization” and “denazification” of Ukraine, as well as for Kiev to recognize Crimea as a part of Russia, and the republics in Donetsk (DPR) and Lugansk (LPR) as independent states.

Crimea, which was transferred to Kiev’s control when both countries were part of the USSR, voted to leave Ukraine and join Russia shortly after the 2014 coup in Kiev, which overthrew an elected government. The Donbass republics broke away from Ukraine the same year, with tacit Russian support.

Moscow attacked Ukraine on February 24, following a seven-year standoff over Kiev’s failure to implement the Minsk peace agreements and Russia’s eventual recognition of the DPR and LPR’s independence. The internationally-brokered deals were meant make them autonomous regions within Ukraine.

Kiev says that the Russian offensive was completely unprovoked and has denied claims it was planning to retake the two republics by force. 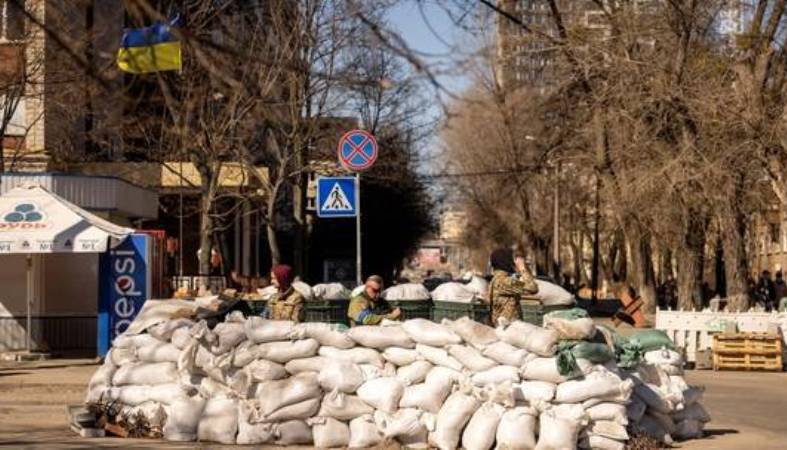