Who would have thought? They aren’t leaving Ottawa until they drop the mandates. I predict Tre.

If you asked me a month ago how it was going to end (at least the mandates part), a caravan of Canada truckers would not have made it anywhere on my list.

Now it’s at the top. This one video in this tweet sums it all up for me: “we’re not leaving until it does change something.”

One of the first trucker to stand up in front of the parliament of Ottawa! This is my interview and lots more is coming soon!

I would also like to point out that they aren’t a “fringe minority” with “unacceptable views” who don’t represent Canadians. They are heroes who accurately represent the views of the majority of the Canadian people who want their freedoms back. 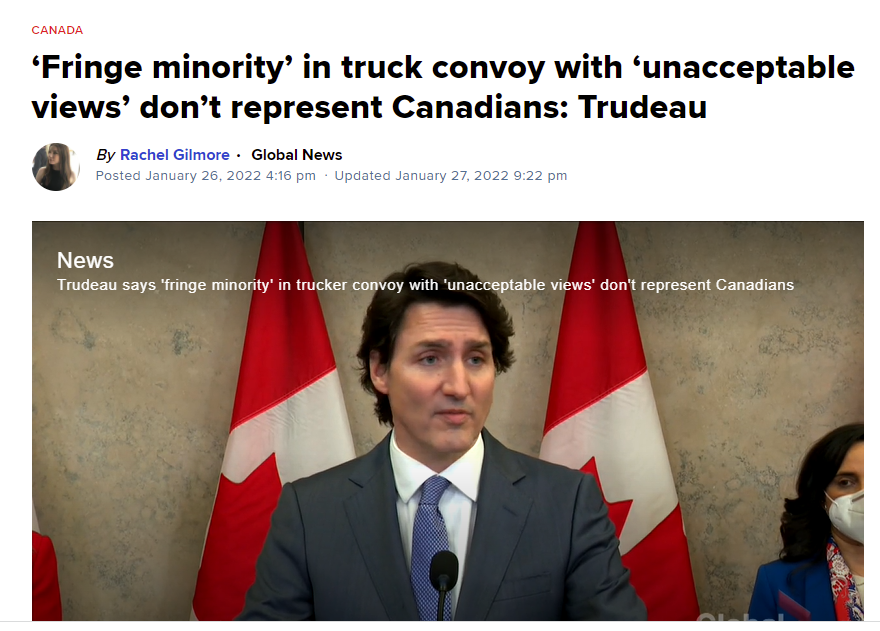 Somebody is out of touch and it isn’t the truckers.

Trudeau has gone into hiding setting an example for the world on the right way to handle a crisis.

Meanwhile, Neil Young has threatened to pull his music off of Spotify if the truckers don’t go back to work (… ok, just kidding…).

Since CNN isn’t covering the truckers at all, here are some trucker videos and resources:

He made the comments in a press conference Wednesday evening, on the heels of Global News reports that far-right and white nationalist groups see the convoy as an opportunity.

Organizers of the truck convoy have been adamant that these extremist voices do not represent the position of the protestors.

“The small fringe minority of people who are on their way to Ottawa, who are holding unacceptable views that they are expressing, do not represent the views of Canadians,” Trudeau said.

“(Canadians) who have been there for each other, who know that following the science and stepping up to protect each other is the best way to continue to ensure our freedoms, our rights, our values as a country.”

He added that “close to 90 per cent” of truckers in Canada “are vaccinated.”

Tamara Lich, an organizer of the truck convoy, said in a video posted to the convoy’s Facebook page that the most extreme voices in the movement do not reflect the position of the protesters.

“As you know, we are on our way to Ottawa to hold a peaceful protest. I just want to put it out there that nobody in this convoy will be inciting violence or uttering threats. That is not what we’re here to do,” Lich said in the video.

The convoy initially kicked off with a focus on opposing vaccine mandates — especially the one aimed at truckers. The government announced in November 2021 that all Canadian truckers looking to cross the border from the United States would need to be vaccinated in order to avoid a 14-day quarantine. The United States also instituted its own ban on unvaccinated truck drivers on Saturday, a week after Canada implemented its policy.

When the Canadian vaccine policy came into effect on Jan. 15, many truckers and politicians came out against the mandate — and just over a week later, on Jan. 23, truckers hit the road in protest.

In a post from the Freedom Convoy 2022 Facebook page, the organization said the trucking convoy is “anti government mandates,” explaining they oppose any vaccine mandates — not just the one for truckers. That message, however, has become muddied as the movement grows.

On the protesters’ Zello chat, which is a walkie-talkie app, many supporters expressed their hope that their protest would result in an end to vaccine mandates and other public health measures. But despite organizers’ promises of peaceful protest, moderators would sometimes have to rein in more violent comments.

“If anything we should grab Trudeau by the g—mn neck and kick the s–t out of him for what he’s done,” said one user, who was immediately reminded by several others to keep things “peaceful.”

One supporter, described by anti-hate activists as a far-right vlogger, said in a recent YouTube clip that he’d “like to see our own January 6 event…. See some of those truckers plough right through that 16-foot wall.”

But organizers are pushing back on anyone deviating from their message, which is to keep the protest peaceful.

“This is about your rights and freedoms, and we are not here to be violent or anything like that,” Lich said.

“I am hopeful and confident that protesters will respect our laws. After all, they’re advocating for the rule of law, and law and order.”

Alghabra added that “matters of security” are left to “security agents.”

According to the Ottawa police, rally organizers have told them that Saturday’s protest will be “a significant and extremely fluid event” that could go on “for a prolonged period.”

“We are planning for a range of potential risks, including but not limited to counterdemonstrations, blocking of intersections, interfering with critical infrastructures, and unlawful and violent activity,” said Ottawa’s acting deputy police chief Trish Ferguson.

She added residents should “avoid travel in the city core, if possible.”

The demonstration is expected to begin on Saturday around lunchtime. 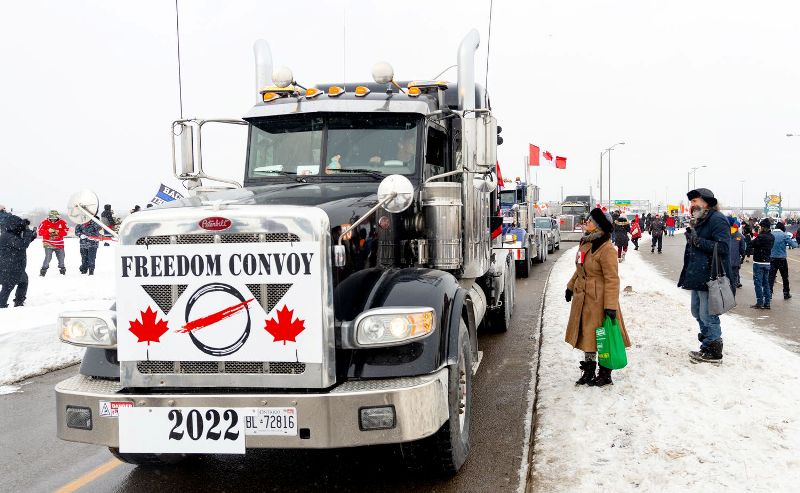